Sexual Violence in the Fields and at Home 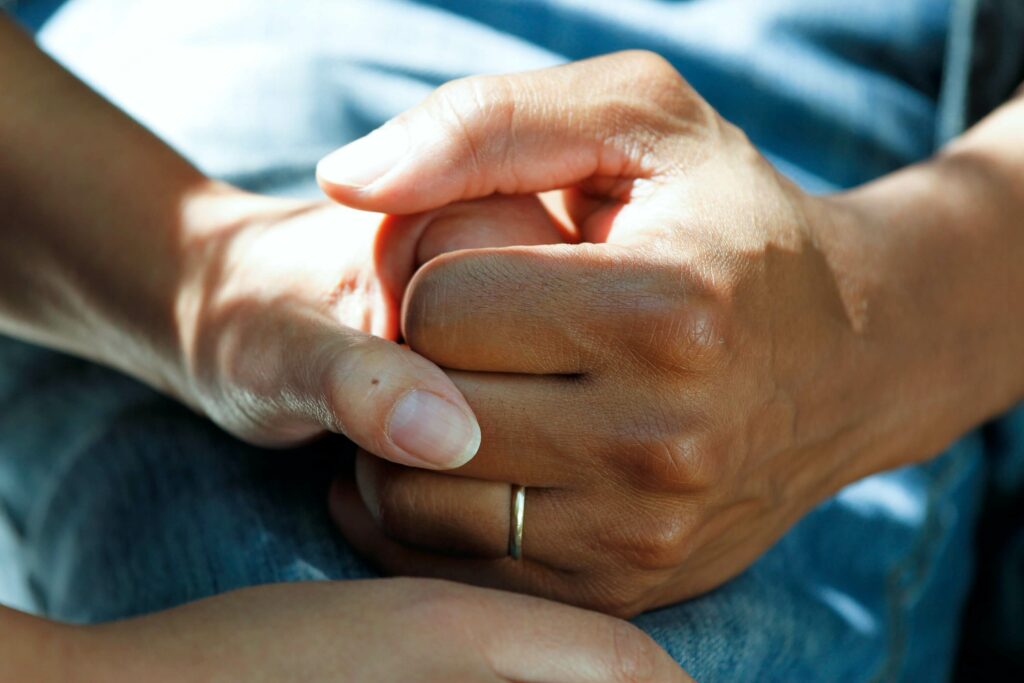 A woman who worked in the tomato fields had been frequently harassed by her supervisor, and so she turned to Alianza Nacional de Campesinas (Alianza), a national nonprofit seeking to unify the struggle and promote leadership of campesinas in a national movement to create major visibility and advocate for changes that ensure human rights. Alianza has long worked on issues of sexual violence. Elvira Carvajal, Lead Organizer with Alianza, went with the woman to the police station.

There, no police officers could speak Spanish, so Carvajal used her limited English. She was shocked when the officer asked the farmworker woman, “Did you go to work dressed that way?”

“Instead of listening, the female officer was interrogating her, insinuating that she was being harassed because of the way she dressed. I said, ‘just because she’s dressed like that doesn’t give anybody the right to be disrespectful.’ And, ‘we need someone who speaks Spanish,’” Carvajal recalled. The police officer brought a man from security over to act as an informal interpreter. The agricultural worker who had experienced abuse was told to tell her story again, to a man who didn’t work with the police, to then be interpreted for the police officer who had already shamed her.  “The girl no longer wanted to speak. She was ashamed. She didn’t want to continue with the case, and she didn’t file a report,” Carvajal said. “There are many cases like this. Out of fear, or shame, they don’t report.”

“The situation for farmworker women is difficult and complex,” noted Hormis Bedolla at Alianza. “In many states, everyone has the right to organize – except people in agriculture. Everyone has the right to time and a half, and to minimum wage – but not farmworkers.” In addition to and because of a lack of worker’s rights, farmworkers frequently endure exploitation in the workplace, where fear of exposure of immigration status, extreme poverty, unstable work options and migration, and language and cultural barriers keep farmworkers from reporting mistreatment and abuse. In an industry already rife with exploitation, women may experience even higher rates of sexual abuse, at home and in the workplace, both arenas in which power imbalances can be played out. “The mere fact of being a woman is a disadvantage,” Bedolla said.

Further, many women hide the abuses because of their position as the anchor for the family, which could be disrupted if a mother reports abuse by a father, or if a mother loses her work in retaliation from reporting abuse at work, say Alianza advocates. “We consider ourselves the center of the family, but that shouldn’t be a barrier [to reporting] – it should be a value, to hold the family together,” noted Mily Treviño-Sauceda, Executive Director of Alianza.

For women who manage to successfully report an incident, many programs built to support victims of sexual abuse are not geared toward agricultural worker communities, said Treviño-Sauceda.  Most are in English, and “you can’t just translate it, and think that, just through language, you’ll get the message across in the same way,” she emphasized. Staff at health centers, domestic violence agencies, and other agencies with the mission to serve abused women, she said, need to partner with the agricultural worker women themselves to develop tools that are appropriate, relatable, and useful. “These places know about the topic [of sexual violence] – but we have the experience. We are the experts in what happens in our community, and to our people.”

Exiting the profession in search of safer employment is not an option for many – nor is it an appropriate response to violence. “I love working in the fields. I love working with the soil. But we don’t want to just survive – we want to live our lives,” expressed Carvajal.

Agricultural worker communities face significant social determinants of health that impact their ability to address issues of violence both interpersonally and within the community. According to Nina Kanakarajavelu, MPH, Project Director for Health Promotion at Farmworker Justice, the significant and overlapping social determinants of health that many agricultural workers face can in turn negatively impact their health and their access to health care. Grouped in six different domains – economic stability, neighborhood and physical environment, education, food, community and social context, and health systems – these social determinants of health “can be key drivers in some of the differences we see in health outcomes across different groups,” Kanakarajavelu emphasized.  And they are interconnected, she said: “A change in one domain can cause a chain reaction in other domains.” For example, losing a job may impact where one can live, access to health care, ability to afford healthy food, and more. “There’s a lot of variability in between all these domains but one thing we see across the board is that those with lower socioeconomic status – lower access to resources – tend to experience worse health outcomes.”

The COVID-19 pandemic may have only further pressurized these health concerns and reduced even further the ability to seek care. During the first months of COVID, the National Domestic Violence Hotline reported a significant increase in calls to their domestic violence hotlines, as victims were forced to quarantine with abusers, and had few options for seeking help or leaving an unsafe situation.1 “It’s just a reminder to all of us that this issue has really impacted so many people in our communities – in all communities during the pandemic,” Josway noted. Agricultural worker communities experienced numerous pressures that advocates fear set the stage for an increase in abuse. “The wage gap between women and men widened [during the pandemic],” said Kanakarajavelu, who noted that a tightening wage gap can be a protective factor against domestic violence. Many experienced increases in isolation, already a concern among agricultural women in rural regions, regularly migrating, and from a different culture and speaking a different language than the majority of the surrounding community.

The Role of Health Care Providers, and New Tools for the Exam Room

Health centers and other avenues of care must build trust with the agricultural worker community in order to remove some of the barriers to care. Treviño-Sauceda repeatedly emphasized the need for programs serving agricultural worker women to work within the context of the community’s culture. It’s important that “we acknowledge that those experiences and traditions are important and we validate them. If we don’t validate them, then we’re not doing things appropriately,” she said. Long-term community-based partnerships and outreach are critical first steps to build bridges and avenues between the agricultural worker community and the health center.

Health care providers can share information about intimate partner violence and equip patients with the tools and information to bring back to their community, Josway said. Futures Without Violence offers over 40 safety card tools in multiple languages. The cards themselves fold up to credit-card size, allowing for a quick, discrete insert into a wallet, phone case, or even a sock. A new safety card, built in partnership with Alianza specifically with agricultural worker communities in mind will be available soon. Health Partners on IPV + Exploitation recommends a universal education approach and that health providers offer two cards to every patient – one for them to keep and another to share with a friend or relative. The process is part of the CUES intervention.

Know your state’s reporting requirements and share any limits of confidentiality with your patients.

Always see patients alone for part of every visit so that you can bring up relationship violence safely.

Give each patient two safety cards to start the conversation about relationships and how they affect health.

Open the card and encourage them to take a look. Make sure patients know that you’re a safe person for them to talk to.

Though disclosure of violence is not the goal, it will happen — know how to support someone who discloses.

Make a warm referral to your local domestic/sexual violence partner agency or national hotlines (on the back of all safety cards).

Focus Area: Sexual Violence in the Fields and at Home 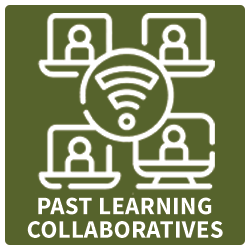 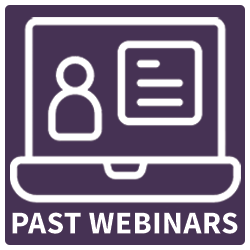 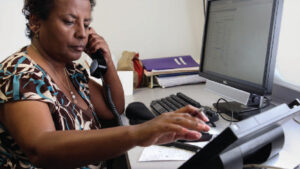 Strategies for Addressing Intimate Partner Violence During the Pandemic 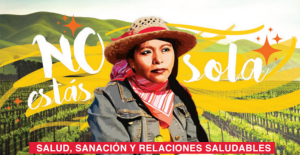 Health Partners on IPV + Exploitation, a project of Futures Without Violence, and Alianza Nacional de Campesinas developed a new safety card tool for farmworkers and

Sign up for our monthly newsletter, "Catalyst for Change" to stay up to date about our latest learning opportunities, new resources, and updates from the field to support health centers in addressing and preventing IPV, HT, and exploitation and building partnerships with community-based advocacy programs.

This website is supported by the Health Resources and Services Administration (HRSA) of the U.S. Department of Health and Human Services (HHS) as part of an award totaling $725,000 with 0% financed with non-governmental sources. The contents are those of the author(s) and do not necessarily represent the official views of, nor an endorsement, by HRSA, HHS, or the U.S. Government. For more information, please visit www.HRSA.gov.

This website was built by Annie Cannons, a 501(c)(3) that provides survivors of human trafficking and gender-based violence with opportunities to become software engineers. For more information, please visit www.anniecannons.com.